On September 17th, 1770, a magnificent magnetic storm —the largest of its type— lit up the skies over Earth. Its fan shaped created by light at the horizon, stretching into white fingers that spread wide across the sky. These narrow and tall streaks emitting light along obliquely inclined magnetic lines at regular intervals —infused with a red glow— creating a startling image of nature’s power and magnificence. 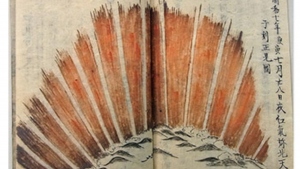 The event was recorded not by scientists of the time or natural philosophers, but by artists across the world creating beautiful aurora paintings, white lines spread like fans with stunning red backgrounds.

One representation from the Kyoto area from Japan has sparked a quest that unites science and art, as physics researchers and scholars of art and literature have joined forces to forge a better understand the rare natural phenomenon of white and red auroras fanning across the night sky in Japan.

Armed with drawings and descriptions dating back to the 1700s, microfilm from the 1950s and modern-day spectral image data, the team have confirmed the accuracy of the older depictions. In the process, they have begun to form a better understanding of how the fan-shaped auroras appear–both in the sky and to the eye. 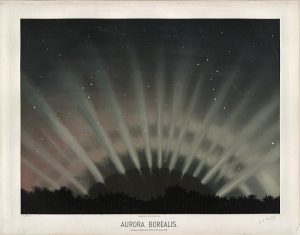 Ryuho Kataoka is an associate professor at the National Institute of Polar Research and the Graduate University for Advanced Studies (SOKENDAI) in Tokyo (Japan) and the lead author of the paper. He says: «These phenomena are rare, but potentially disrupt man-made ground-based systems, including power grids.

«If we understand such auroras, it may help mitigate the possible natural hazard they could produce.»

During a magnetic storm, more charged particles are violently blown into the Earth’s outer atmosphere. As they crash into one another, the energized atmospheric particles lose energy because of emitting light.

Kataoka continues to explain some of the other events that his team are studying: «In the modern-day era, one of the strongest solar activities occurred in 1957. Auroras appeared over Japan several times in a few years around that event.» 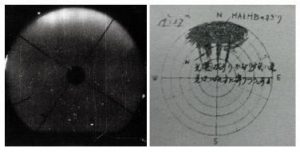 Sample photograph (left, at 1044 UT) and hand-made sketch (right, at 1037 UT) of the auroras, as observed at Memambetsu Magnetic Observatory on February 11, 1958.(Japan Meteorological Agency)

On February 11, 1958, several Japanese meteorologists observed red auroras in northern Japan. Some took the first photographs of the fan-shaped auroras while others drew them.

Scientific analysis showed Kataoka and his team that the photographs caught more data than might be available to the human eye. Most strikingly, thin, green pillars dispersed throughout the aurora.

Kataoka continues: «It’s still challenging to understand the dynamic coupling between the space and atmosphere during the largest magnetic storms.”

The colours of auroras contain trace evidence of the nature of the particles impacting the upper atmosphere and where these collisions occurred. In addition to this, the motion of the auroras gives researchers clues about the active coupling between particles with a cosmic origin and those in the upper atmosphere.

All this helps us understand what happens when plasma infiltrates the atmosphere on a large scale. Equipped with this information, researchers may be able to determine the exact nature of the largest magnetic storms. 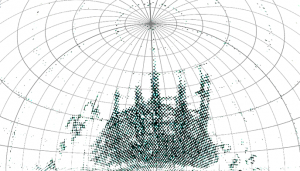 Coordinate transformation of the drawing sketched at the Meteorological Agency geomagnetic observatory Memanbetsu branch office at 7:00 pm on February 11, 1958. The centre is true north. The elevation and azimuth grids are 10 degrees apart.

In the next step for this research, Kataoka and his team plan to simulate the effects of space weather in the outer atmospheres during the special occasion of fan-shaped auroras and to reveal how they were created.

The study provides a fascinating example of art pointing the way in a scientific investigation of a phenomenon for which data is incredibly limited. Unlikely that as they painted these beautiful events, poorly understood even 200 years on, that the artists in question could have imagined they would be pointing the human race toward the stars in the distant future.

These results were published on May 17th in the Journal of Space Weather and Space Climate. 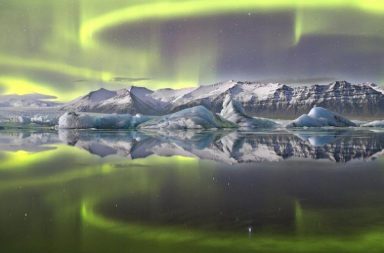 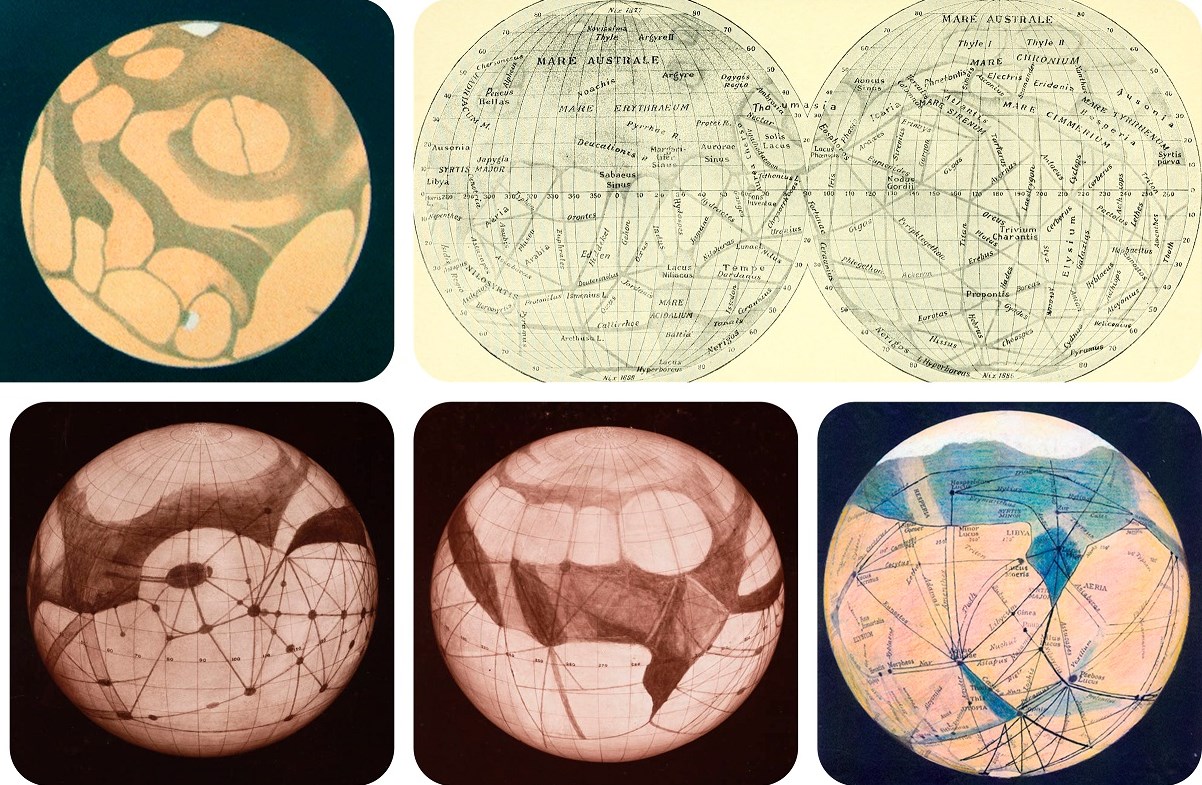 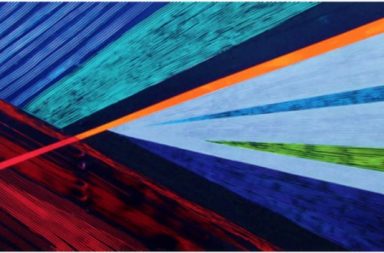