The immune system is a wonderful guardian. It protects us from invading microbes and keeps us healthy. But it must be able to distinguish cells of the host itself from foreign invaders. The lack of self-reactivity is called tolerance. Organ transplants from one person to another risk rejection because the immune system sees the transplanted cells as «foreign».  How then does the mother cope with the infant in her womb? After all, the infant’s genetic make up is partially derived from the father. There is considerable literature on this phenomenon and a  recent paper in the Journal of Immunology suggests a novel mechanism.

The mother / baby relationship is the focus

The multiple faces of the motherhood and pregnancy were the focus of “CREATE: The Art of Pregnancy, Birth & Beyond”, an art exhibition developed by the HRB Mother and Baby Clinical Trials Network. This intensely moving celebration of experience before, during and after pregnancy was exhibited at the Science Gallery in Dublin until last month.  Birth is a universal human experience. While technological developments may at some time in the future allow babies to be brought into the world by some other means, birth is an intensely emotional and emotive event for humans. Art as an exploration of this phenomenon goes back to the Stone Age with figurines like the Venus of Willendorf showing how fertility was explored as a cultural signifier. The universality of the nurturing of life is depicted by Trinley Dorje’s “Nesting”. It calls to mind images from of the embryonic Starchild in Kubrick’s 2001: Space Odyssey. In “Nesting”, a 10-week-old foetus is nestling in a shelter of uterine tissue which resembles the Rosetta Nebula. Life is dependent on its environment and “Nesting” reminds us that all systems are interconnected. 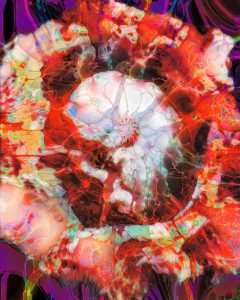 Artistic expression is a way of challenging dominant narratives in childbirth. Pregnancy and childbirth became increasingly medicalized during the twentieth century.  The works represent a reclaiming of all aspects of childbearing from a medicalized world to the holistic lifeworld of lived experience. In “Create”, voices less often heard are given expression. A “Faint Heart”, by Nollaig Crombie, is a sensory journey through an in vitro fertilization (IVF) experience. The boxes contain each turning point moment as a 3D experience, so that others can gaze on the lived reality, almost like a laboratory specimen may be examined by a medical team. This is a narrative of hope, anticipation, dawning apprehension and ultimate dejection. Each carefully constructed collage captures a human reaction to life as it is at that instant, an instant which is momentous to the people at its centre.  The work reveals a depth of loss inexpressible in the clinical description, «a failed IVF attempt». 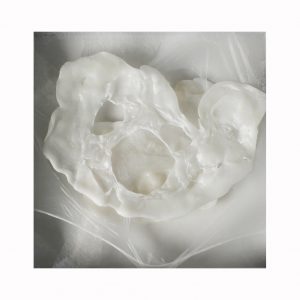 «A Faint Heart» by Nollaig Crombie

Storytelling through collage narrates the bumpy ride through a premature birth and subsequent neonatal intensive care unit experienced by Judy Mullane and baby Amy, with each event on the journey captured by a bead. And a collaborative collage project, the “Children’s Remembrance Tree” by the Monaghan Ladies’ Creative Group, is a poignant testimony of grief for remembered babies and children. 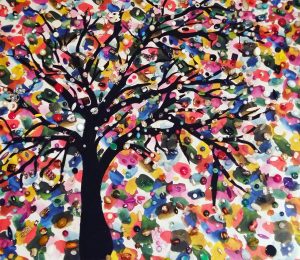 «The Children’s Remembrance Tree» by the Monaghan Ladies Creative Group

An alternative perspective of the unique biological co-existence of mother and child is depicted by Trinley Dorje in “Entwined”. The image reminiscent of a medical scan (Dorje’s work is often inspired by medical imaging), but the rich dark red colouring embodies the sheltering womb as a haven and source of sustenance. Caroline Browne’s images of her in-utero baby are of her own perspective looking inward. They are composed of multiple layers which reflect her anxieties which evolve and change with the pregnancy. These very intimate images which convey the very personal response to symbiotic nature of the bond between mother and child are striking, by catching this intense lived experience better than medical tests and scans. 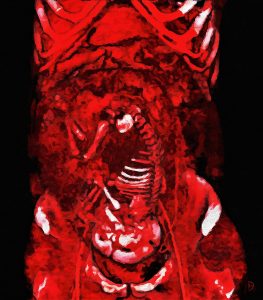 CREATE also reflects on the more mundane aspects of motherhood with “Everyday Breast feeding” by Fiona Carey humorously depicting how it becomes integrated into the humdrum of life. Breastfeeding while using a laptop, looking after other children or while on the phone are the everyday realities for women and the black and white drawings of these ordinary activities are simple and touching. 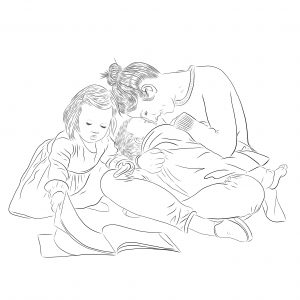 Post-natal depression is another aspect of pregnancy which is explored by Emma Sheridan in “The Other Side”. The image depicts the disintegration of the exhausted self but also is a celebration in colour of the realization that it’s fine to be tired and that perfection is not necessary. Indeed, the CREATE exhibition has a dichotomy of both the extraordinary and the ordinary nature of pregnancy. Each considered reflection of the journey through which we all came into the world illuminates an essential 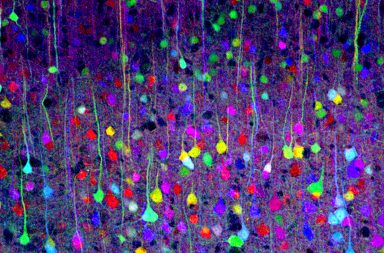